This is how democracy works: Sometimes the majority is against you and you lose. Your solution is to work to get people elected who will change the law.

Holding a temper tantrum and shutting down government until you get your way is not how democracy works. 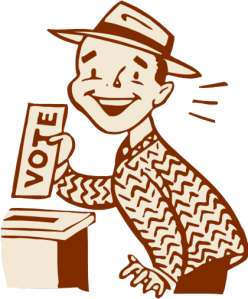 Look, Republicans: You lost. You lost in 2008 when Obama had health care as part of his platform and you lost in 2012 after it had been enacted. Your candidate vowed to get rid of Obamacare and he lost. If it wasn’t for gerrymandering, you would have lost the House too since more people voted for Democrats. In fact, in five of the past six Presidential elections, more people voted against you than for you.

You lost. Even the lawsuit you filed to stop Obamacare lost.

Grow up and deal with it.

Senator McCain gets it. He took to the floor last night and reminded his GOP colleagues that the law passed after lengthy debate. McCain said “the people spoke” on the matter when they reelected Obama in 2012 and rejected GOP candidate Mitt Romney — whose main selling point was that he would repeal the health care law.

“We fought as hard as we could in a fair and honest manner and we lost,” McCain said. “One of the reasons was because we were in the minority, and in democracies, almost always the majority governs and passes legislation.”

So, Republicans — don’t like Obamacare? Maybe you might want to try getting the support of the American people and winning an election. I heard that works.

One thought on “How democracy works”