Seriously, he said that.  I am not making this up. 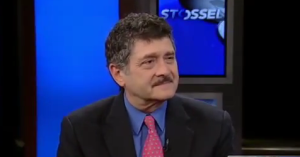 Thirty state Constitutions and dozens of state laws which are easily found contradict him, as well as about half a dozen Federal Court decisions striking down those very laws.

What he is doing, besides lying, is being deceptive. His claim, which is only accepted by the gullible and the idiotic, is that gays can always get married!  There’s no prohibition to gays getting married!  Just not to each other.

I can’t believe he actually believes this is a legitimate argument.   It’s the same one used by bigots who fought against interracial marriage.

Anyway, I certainly hope the GOP keeps this up, as it is just another nail in their coffin.  Eventually, the current Republican party will die and perhaps a new GOP not run by the extremists will rise from the ashes, phoenix-like, and then maybe we can get back to the days when we had two parties debating issues instead of one party trying to get things done and the other one just saying “no” to everything.

3 thoughts on “They’re not even trying to be truthful any more, are they?”