I’m going to tell you something I’ve never told anyone before.  A memory that popped into my head when I read about the death of Maurice White, the leader of the band Earth, Wind, and Fire. 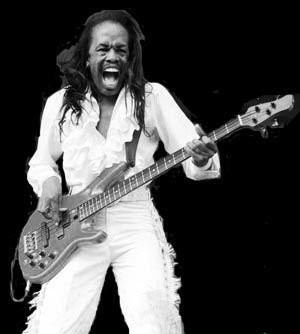 Way back in the 70s, I was in High School in Richmond, Virginia, which Tom Robbins calls “The World’s Biggest Confederate Museum.” It was a turbulent time, with protests over busing and integration still going on.

I went to a high school in the suburbs where we maybe had ten black students total.

Now, my parents taught me to be a good, clean-cut kid. I never said a curse word, never drank or smoke or took drugs –I was a good, boring kid who was really into the drama club and music. My parents also were no bigots. They taught me that the “n” word was just as bad as the “f” word and there was no way I would ever say either.

Anyway, I remember listening to an Earth, Wind and Fire song on the radio and liking it (although I can’t recall which one right now). I had already been playing in bands and writing my own music, and I was really impressed with the musicianship and the complexity of the song.

And in my mind, I imagined the work that would go into it. And my mind conjured up an image of all the arrangers and composers working on that song.

And then I had a shock. An epiphany.

In my mind, all the people making the record were white. The black guys were just the singers. For some reason, my mind couldn’t imagine that the black guys could have accomplished such an ornate and complicated task of writing, arranging, producing and playing that song.

And I felt ashamed for my thought.

I certainly didn’t see myself as a racist, and I had thoughts like that? Me? I had been the campaign manager for one of the black kids who had run for class President and we won, making the local news and everything. I had black friends in the drama club. I had Funkadelic albums! How could I think something like this?

It was an important first step for me. I still had a ways to go. For instance, it took many more years before I realized that gay people deserved to get married, but that was basically because society around me had not even gone in that direction yet.

Fortunately, the younger generation is growing up without the same environment I had. That kind of thinking is foreign to them. It’s us old folks that had to change (and that’s why, the older you are, the more likely you are to be racist, sexist, homophobic, xenophobic, and Republican).