So much for the First Law.

Many civil libertarians are upset about the robot that was used to blow up the Dallas sniper. And I can kind of understand the concerns. We don’t want police blowing up people using robots, acting as judge, jury and executioner; we want people captured so they can face justice. 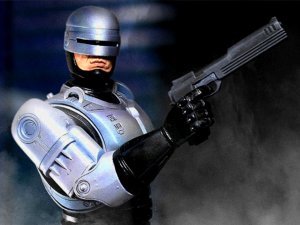 But you know, sometimes you can’t capture people.

Micah Johnson killed cops. He wanted to kill more. He knew he was surrounded and knew that if he surrendered, he’d be getting the death penalty (This is Texas, after all). What would a few more cop deaths matter? His goal was to lure the cops in and hopefully take a few more down before he died.

So if I have the choice between risking the life of a cop (hell, of any human being) and that of a robot, then bye-bye, Daneel Olivaw*.

The robot is a tool. Like any tool, it can be used for good things and for evil things. I don’t disagree with the police’s use of the robot here.

*go ahead and google it