I am once more being asked by local friends to support certain Republicans for local races. I do not do that any more, even when I know these people.

If you’re still a Republican after all this — after the concentration camps, the ICE raids, the racism, the sexism, the outright hatred and the criminal activities of the leaders of the party — then I have to assume you support all this, especially if you have been silent about it all.

Sure, the position you’re running for doesn’t make political decisions, but if I vote for a Republican Dog Catcher, am I thus supporting someone who believes in white supremacy? That thinks my wife is a lesser person who can’t make her own decisions? Who has no sympathy for refugee children running from war and death? Who supports Russia over our own country? Who has no problem with corruption in the White House? 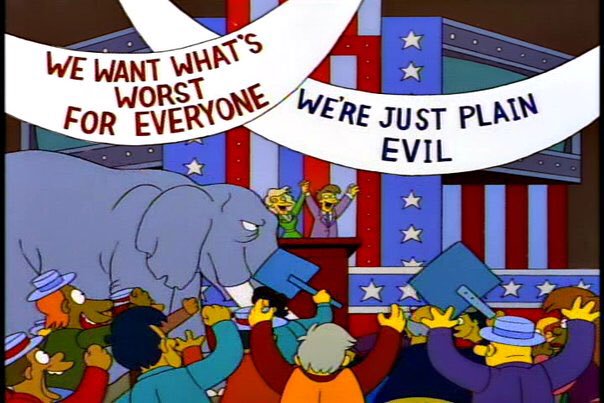 Also, why should I help that party at all? Every lower office run by a Republican helps the party raise money for the bigger offices.

No, anyone who can see what the Republican party stands for these days and yet remains in that party has disqualified themselves from ever being considered by me.