I am still seeing this stupid argument, mostly from those who hate Obamacare. “We should make Congress have the same health care plan the rest of us has! How come they’re exempt?” This is so wrong for two main reasons.

First, they’re not exempt. They have to obey the law like everyone else. 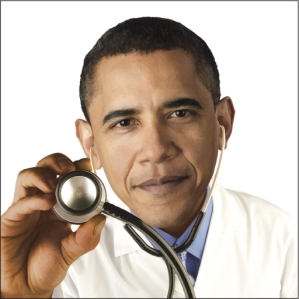 Members of Congress have the same federal health care plan as the janitors who sweep their offices. It’s the same plan the postal workers have, and the park rangers, and all federal employees. Because there are so many people who are part of this plan, it’s very cheap for the government and it provides great benefits. It saves us taxpayers money. (After all, the way to keep premiums low is to spread the risks among a huge group. And the best way to negotiate for the best benefits is to say “Well, if you give us what you want, you’ll have 10 million new members” — something only our government can do.)

But here’s the really-stupid, I-want-to-slap-people-who-say-this part: We could have all had the same health care plan as Congress gets. We could have been given the right to buy into that great federal plan. We could have shared in those benefits and paid a small premium.

Why would anyone be against that?

Well, you can guess where this is going. You got it — the Republicans forced the “public option” provision out of Obamacare. We could have all been able to buy into the federal system if we wanted to, but now we’re not allowed to. Why not? Who would it hurt? It wouldn’t cost taxpayers a cent and would probably even save them money because the risks would be spread even greater.

But no — the GOP with its insurance company backers fought against a public option and got it removed.

So the next time some Republican flunky complains that we should have gotten the same health care as the Senators, smack them for me, because the chances are, they are the very reason we don’t.

8 thoughts on “Why can’t we get the health care Congress gets?”