Nobody likes paying taxes.  Some libertarians take that to the extreme and claim that taxation is thievery.  They paint a picture of the evil government pointing guns at the helpless citizen (usually naked and wearing a barrel for some reason) implying that it is absolutely wrong for any government to demand that citizens contribute to society.

They long for a world where the government expects nothing from its citizens — you know, like no society that has ever existed in the history of the world.

Humans are social creatures, and unless you live in a shack in the woods away from everyone, you are expected to contribute to the society that provides benefits to you.  Even primitive societies demand that you take your turn gathering berries or weaving.

To demand otherwise is just selfish.

This does not mean that we can’t complain about the unfairness of our tax system.  I do that all the time.  We have a hugely unbalanced system where the average person foots the bills so the rich and the corporations don’t have to.  We could close loopholes and adjust our tax system to be fairer while reducing (if not eliminating) income tax on the majority of Americans — and we’d still be able to balance a budget.

There is a lot to criticize about our tax system and where the money goes.

But to turn that into “all taxation is thievery” — well, that’s just selfish nonsense. 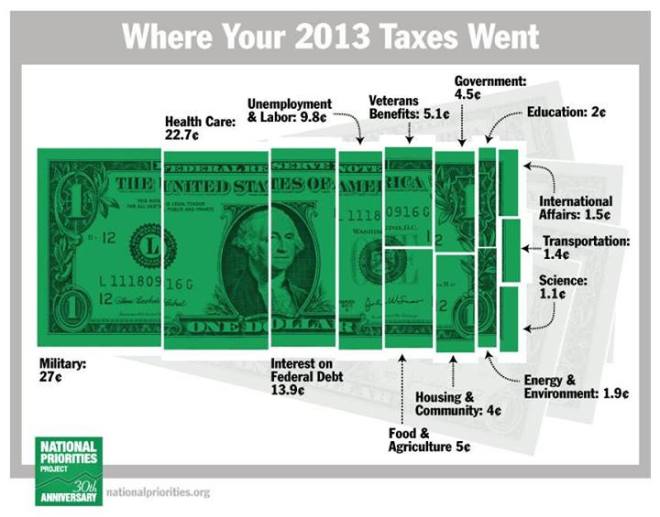 5 thoughts on ““Taxation is thievery” nonsense”