In comparison to all the crap conservatives posted about Obama — including actual death threats — it was mild, but still provocative. 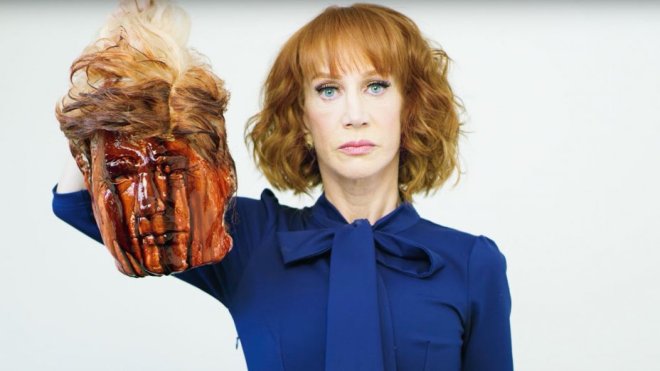 Of course, that was the point, wasn’t it? Provocative? Isn’t that what comedians sometimes are like?

Immediately, GOP members without any sense of irony screamed about how inappropriate it was. “But the children may see it!” they yelled. Griffin lost some jobs, was criticized all over the internet, and many said she should be arrested for this.

Because, you know, if there’s one thing conservatives love, it’s America. They just hate what it stands for — you know, like that damned First Amendment, which is meaningless if it only protects speech we all agree with.

Then — and here is where you roll your eyes — GOP members who complained that the photo would harm children are now running that photo in campaign ads on prime time TV.

Why, it’s almost as if they really don’t care about the children at all and are merely blatant hypocrites!

2 thoughts on “Kathy Griffin, Hypocrites, and the First Amendment”