So the New Zealand terrorist talks about white supremacy and how much he likes and was inspired by Trump, and then a Trump supporter drives a pro-Trump float past mourners for the victims. Twice. 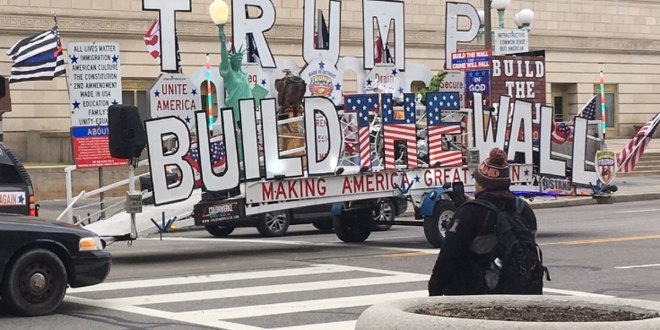 Seriously, folks, the evil coming from this criminal White House and its supporters is astounding. This isn’t about political ideology any more. It’s not about left and right.

It’s about good and evil.

Ever read history and said “Man, if I were alive during that time, I’d be fighting those nazis” or “I would be protesting against segregation” or “I would never stand by while American natives were forced off their land”?

Have an answer for the future when your children and grandchildren ask you what you did to fight against evil.