No, seriously.  I may have a completely different view of the purpose of government, but I used to be able to rationally debate conservatives. We’d discuss whether the government should be providing health care, or where we should be spending our money, or how taxes should be set, or even whether the Constitution provided for financial aid to religions and so on.

But the Republican party has stopped being the rational conservative party and is now the party of criminals, racists, and nazis. I can’t debate with these people. They’re not talking about fiscal policies — they want to put migrant children into cages, take away the rights of gay couples, control women’s choices, disenfranchise minorities, give criminals and terrorists guns, and force their religion down our throats — all while supporting criminals in the White House. 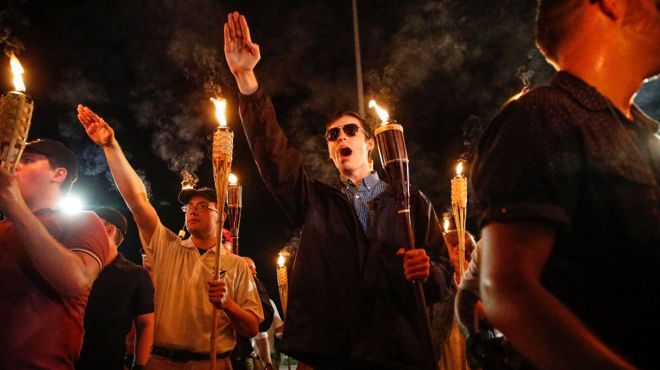 This is no longer about right versus left, but good versus evil.

Some conservatives may actually disagree with these positions, but they’re remaining quiet because they are getting their tax breaks and that’s more important to them. They’re like the Germans who didn’t support the nazis, could have done something about it, but remained silent because it didn’t affect them personally.

I look forward to the day when conservatives take the Republican party back, but I see little evidence this is going to happen any time soon.