Sure, you need to discipline them and sure they don’t have the freedom of an adult, but that doesn’t mean they aren’t people who suffer and feel pain. 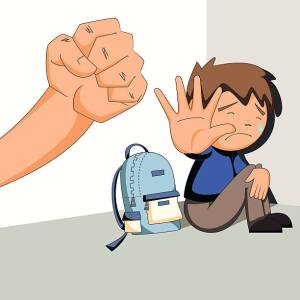 Some parents have complained that there are now laws prohibiting them from smoking in the same car when children are present, despite the clear and obvious danger this poses to young lungs. These same parents don’t whine when they can’t smoke in an airplane or bus, but the car is their property and they apparently think their children are, too.

Other parents refuse to vaccinate their children because of their own ridiculous beliefs, not taking into consideration that the children who are affected might choose way differently if they were adults and had the scientific information available to them. Why this isn’t seen as dangerous as telling them to play in the traffic is beyond me.

Often, religion is used to justify child abuse (and no, I’m not just talking about obvious illegal sex abuse we’ve seen in the Catholic church). Parents use religion to justify beating their children because the Bible says it is okay. (It also says slavery is okay.) Some religions refuse medical treatment for children because they think Jeebus will heal them or something. (Fortunately, this is illegal.) And don’t get me started on circumcision.

If you’re getting upset at what I am writing, please stop and consider why that is. Think about how angry you get when you read about someone abusing their pets and ask if you’re being a hypocrite for not treating your children with the same respect as a dog. Start seeing children as people — small, helpless people who need us to make the kinds of good decisions for them that they are not yet capable of making. People who deserve not to be beaten and physically attacked, no matter how much you think they need it.