Why do police seem to shoot so many more people in America than in other countries?

Let’s face it — being a cop isn’t an easy job, and you never know if some lunatic is going to take a pot shot at you. It’s not like that hasn’t happened before. Even the most enlightened, best trained officer worries about that.

But maybe what makes America different from other countries is that lots of people have guns. We have politicians who, instead of trying to keep guns out of the hands of criminals, the insane and terrorists, make it easier for them to get these guns.

So when an officer makes a stop, they never know if the person they 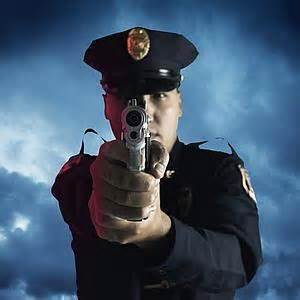 pull over is carrying. The officer has to be on his or her guard. Sometime they’re just not trained in how to handle these things. And sometimes, of course, the cops really are the bad guys.

This, of course, does not in the slightest explain why the victims of these police shootings are overwhelmingly not white people. Many of these shootings can easily be attributed to a combination of blatant racism and poorly trained officers.

But I can’t help but wonder if our gun culture also has a lot to do with it. I mean, it’s not like there aren’t police stops and crime in other civilized countries. What they don’t have are guns everywhere — and maybe that explains the difference.