Life is full of tough choices.  Deal with it.

As I encourage my fellow Democrats to support Hillary over Trump, I constantly get people who point out Hillary’s faults (which I acknowledge many of) and profoundly say, like they’re reading a fortune cookie, “The lesser of two evils is still evil.”* 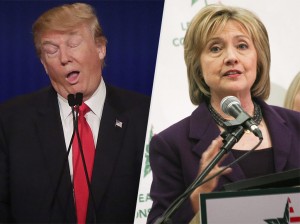 Most insulting is when the Bernie Bots say these things to me as if I am just too stupid to understand. Yeah, the old “wake up, sheeple” really helps to convince me. The decades I have spent getting my Political Science and law degrees, working as a lobbyist, college professor, campaign manager and lawyer, getting elected as a Judge of Elections, writing about politics, and being an officer in the Democratic party means nothing — the teenager who will be voting for the first time understands the system way more than me.

This is not to say you can’t have a different opinion about things, but please don’t lecture me about how politics works when you believe the superdelegate process is “illegal.”

Look, I supported Bernie too, as anyone who has read this blog knows. But he lost. Now we have a choice between someone who isn’t perfect and someone who is the most unqualified and dangerous person to ever win a major party nomination.

We have to make tough choices every day in life. We don’t always get what we want. Part of being mature is recognizing this. You don’t give up striving for a the best, but you also don’t refuse to take second best when that’s your best option.

I only wish someone had said that to me when I was young, because I was a lot like these Bernie supporters at that age.