“Why are most of the animals in ‘The Secret Life of Pets’ male?” asked a female reviewer.

I thought that was a good question. It’s not like there was a plot reason to have the characters male. 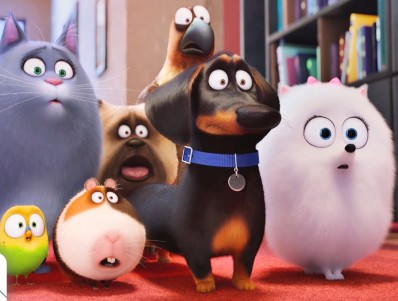 So I posted that article on a page devoted to animation, and immediately was attacked. “Oh, here go the feminists again!” they said. “This woman doesn’t know what she’s talking about” and so on.

All from men, of course.

I expected one to scream “All cartoons matter!”

I always try to listen to the experts. When the vast majority of scientists are telling me that climate change is real and vaccinations are good, I tend to listen. I don’t have any experience in that area.

Similarly, it is tremendously frustrating for me as a lawyer who once taught Constitutional Law to be lectured by some high school dropout about the meaning of the second amendment.

Everyone reading this is an expert in something. Your job, your hobbies, your life — how do you like it when someone tries to tell you you’re wrong about something you know better than anyone else?

So when women tell you that the lack of representation in a film is important to them, don’t go tell them they shouldn’t feel that way. If black people are telling you that they fear the police and are targeted by them often, don’t go saying that they are wrong.