Another mass shooting in the only country in the world that won’t do a thing to stop them.

“I know!” Republicans say. “Let’s do nothing! That should solve the problem!”

The vast majority of Americans support reasonable gun control such as stricter background checks. Even the majority of NRA members. 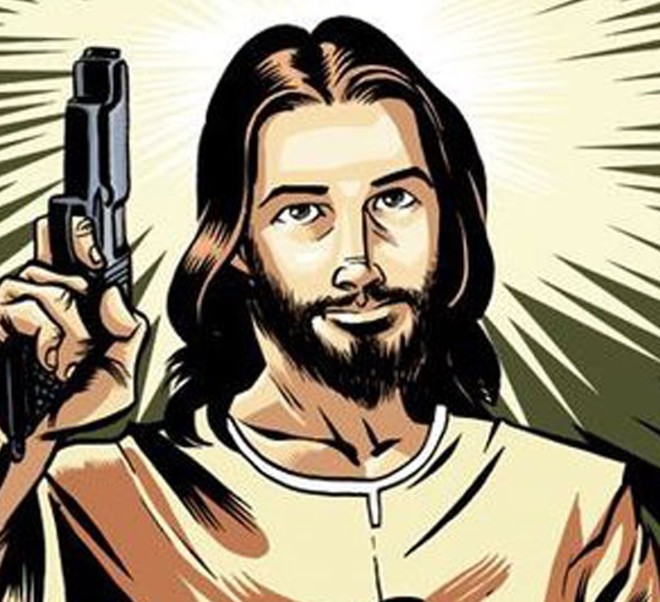 Republican Jesus says “Beat your swords into plowshares … No, wait! Guns! Much better.”

The NRA, however, is no longer a group of hunters but instead is the lobbying arm of the gun industry which funds most of its activities. The NRA acts in opposition to the desires of a majority of its members.

That’s the real enemy: The people who profit from the deaths and the politicians who care more about money than lives.

If we did nothing to protect ourselves against Islamic terrorists, people would scream that it would then be our fault for not defending ourselves properly.

These exact same people who scream about Islamic terrorism are not only doing nothing to prevent more gun deaths like this, but are actively working to make these deaths even easier, by getting rid of reasonable laws to prevent the mentally ill from getting guns (while at the same time eliminating funding for treating those mentally ill).

If this had only happened in a church, where the prayers would be so much more powerful and … Oh, wait

Well, if this had only happened in one of those states where everyone can open carry, because then a good guy with a gun would have stopped the … Oh, wait