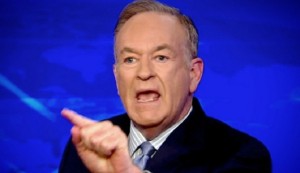 I think Bernie should start using that as a campaign slogan.

This is not new, of course. People threaten to leave when they don’t get their way all the time. Remember when Rush Limbaugh said he’d move to Costa Rica if Obamacare was passed? We’re still waiting, Rush. Or — now this may be difficult to accept — were you lying?

Here’s the funniest part about the whole thing: Costa Rica, like every other industrialized nation on the planet, has for years had a national health care plan much more expansive than Obamacare.

And Ireland? Where they have universal health care, gay marriage, free education through college, high taxes on the rich, no death penalty, and many other liberal social programs?  Yeah, that’s a good idea, Bill. Perfect place for you.

Mind you, liberals also say things like “If Trump is elected, I am moving to Canada!” but the difference is this: Liberals want to move to someplace more like the kind of country they want.

Perhaps the conservatives should instead say they are moving to someplace like, I dunno, Saudi Arabia. There, the taxes are low, women have very few rights, religious law rules the land, gay marriage is illegal (as is homosexuality), and the death penalty is handed out frequently and usually through beheading in public. Ah! A conservative’s paradise!