Welcome, Trump supporters! To truly tell if you belong in our group, please acknowledge the following:

(a) Clinton would have been beholden to Goldman Sachs if she had been elected since she gave them speeches! (b) I’m so glad Trump has appointed a Goldman Sachs employee to oversee the economy for us. 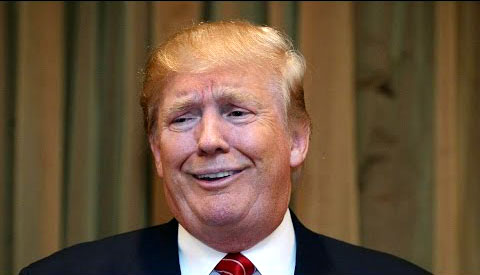 (a) Clinton should be locked up because she used a private server for her emails. (b) David Patraeus is a perfect candidate for Secretary of State, because who cares if he used his private server for emails and shared them with his mistress and was convicted for it?

(a) Trump will bring about a new era of law and order! (b) There’s nothing wrong with putting people with criminal records in charge of our government.

(a) Clinton violated campaign finance laws and tried to steal the election — I don’t have any evidence but I know it’s true! (b) The 1,000 cases of campaign finance violations the FEC charged Trump with are meaningless and minor.

(a) The people have spoken and they want major change — they want Donald Trump as President! (b) It doesn’t matter that he was beaten by a larger margin of popular votes than any candidate in years, because what the people want doesn’t matter anyway, it’s all about states.

(a) Clinton doesn’t support the troops and that’s why we didn’t want her. (b) You don’t have to be a veteran to understand the troops, so there’s nothing wrong with a guy who got a bunch of deferments from the army being President and having that person appoint Sarah Palin, a woman with no military experience whatsoever, for head of Veteran’s Affairs.

See?  It’s easy! All you have to do is hold two completely contradictory opinions without having the slightest bit of self-consciousness of being a hypocrite, and then you, too, can be a Trump Supporter!

One thought on “How to be a Trump supporter”