It started when Rex Tillerson, the unqualified Secretary of State, made a comment about how Russia was doing evil things as usual. Now, you may recall that Tillerson called Trump a “fucking moron” months ago, but this was just too much, and Trump fired him over the factually true Russian statement.

Which makes Trump a fucking moron.

Tillerson’s assistant Steve Goldstein said something else true — that Trump had not spoken to Tillerson and had fired him without notice (and on Twitter, nonetheless). 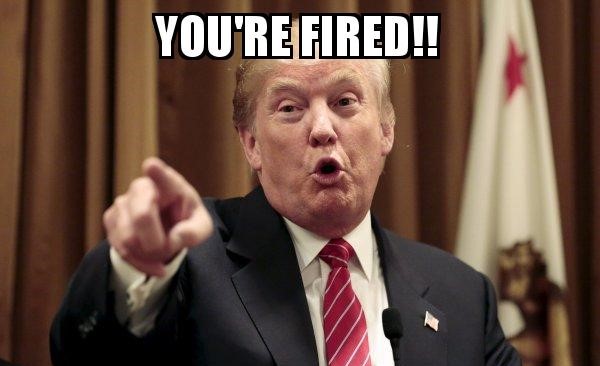 So it wasn’t too long before we learned that Goldstein was likewise fired. Can’t have people telling the truth in the Trump White House now, can we?

“Lots of Presidents have done this,” said Trump supporters. Yes, everyone remembers when Harry Truman famously tweeted “MacArthur no longer has a place in my administration. Sad.”

Then we discover that two more Trump higher-ups resigned, including the spokesman for ICE out in California, who said he “no longer could no longer spread falsehoods” for the Trump administration.

Then to make matters worse, at the end of the night the Democratic candidate in a special election in western Pennsylvania appears to have beaten the Republican. This is in a very red district that voted for Trump by 20% and where Trump went and campaigned in just days earlier.

Let’s hope Trump continues to have many more days like this, shall we?