There’s like 33% of the population who will never vote for Democrats no matter what (as we have seen, based on those who are supporting Trump no matter what). These are almost all the same people who also think gay marriage should be illegal and blacks should know their place and women should be subservient and Christians should run everything.

So Democrats: Stop trying to appeal to them. Stop being afraid to standing up for what is right. It’s not going to work. All it does is discourage the majority of Americans from supporting you, because they don’t think you actually believe in anything.

Elizabeth Warren was recently asked a question about how she would respond to an “old-fashioned” supporter who believes marriage is between one man and one woman. 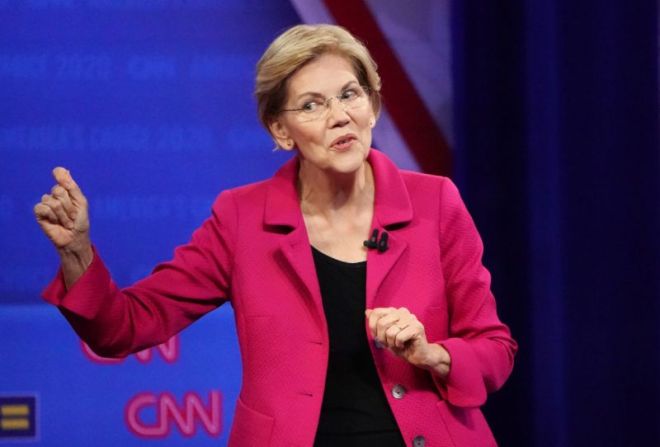 “I’m going to assume it is a guy who said that,” Warren replied, “And I’m going to say, ‘Well, then just marry one woman. Assuming you can find one.”

Ooh, snap. Some people loved it and some Democrats sweated buckets and said, “Oh, goodness gracious! She’s going to alienate some voters with that!”

Well, no, she isn’t. The kind of person who would be insulted by a comment like that would never consider voting for her in the first place.

Republicans know this. They don’t care a bit about trying to appeal to a “middle.” They say what they think. Of course, they are more confident of winning because they cheat (through gerrymandering, voter suppression, voter purges, voting machines that don’t leave paper trails and their buddy the Electoral College, but that’s a separate topic).

Democrats are always advised to “reach for the middle” and that makes them afraid to say anything that may alienate a pretend group that would consider voting for them “if only.” That group does not exist. We are the majority. We are the mainstream.