Our parents and grandparents understood the need for personal sacrifice for the good of the country during World War II. They rationed food and supplies and limited their own personal desires so that everyone would benefit in the end. They understood that selfishness was not an admirable trait, especially when people’s lives were on the line.

Of course, during that time, we had one of the greatest US Presidents, who inspired Americans to do the right thing.

Imagine if we had a President like that now — a leader who could actually help us through a difficult time instead of pretending the problem doesn’t exist, calling it a hoax, and encouraging people to do the exact opposite of what is needed. 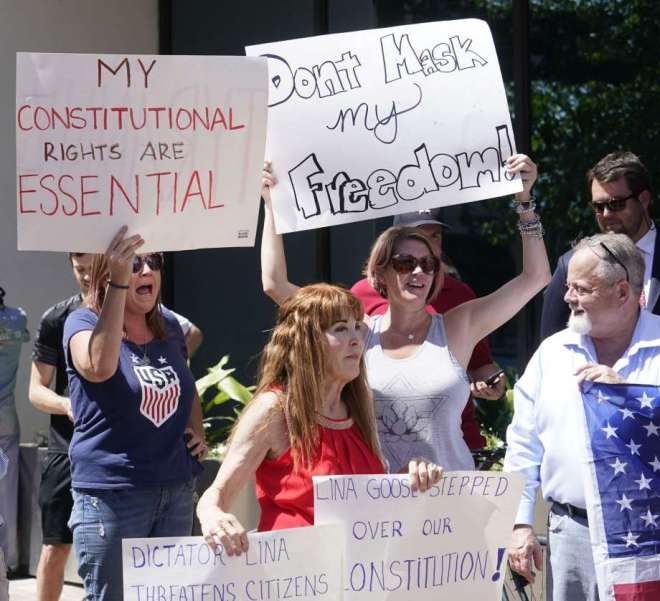 Other countries with inspiring leaders have seen their covid rates drop tremendously, and in some cases, they have even been able to open the country up for sporting events and other public activities. Then there are those leaders like Trump, and, as anyone with a brain could predict, are in the same situation we are here in America.

This dumbing-down of society is not new, and there have always been selfish people — even during WWII there were those who refused to abide by the rules. The difference was that these people were shamed by everyone else, including and especially the leaders of the country. Now we have not just a President who embraces stupidity and the denial of science, but an entire party full of know-nothings who treat ignorance like it’s a virtue.

Until Trump is removed from office and the Democrats can control the Senate, we might as well get used to this virus staying with us long past the time when the rest of the world is out enjoying themselves in public, free from the worry that they could die because some selfish idiot is out there who listens to Republican politicians instead of the scientists and doctors and experts.

One thought on “Selfish stupidity is killing us”