The murder of cartoonists in France points out again the difference between Christian and Muslim extremists.  When people criticize Christians, the Christians scream that they are being persecuted and otherwise make ridiculous claims that anyone who questions their beliefs or makes fun of them are intolerant or evil. But Jesus Christ, they don’t go out and murder the people who said it!

While the vast majority of Muslims in civilized democratic countries do not agree with such actions, the fanatics from the more militant branch of the “religion of peace” are still stuck in the middle ages.  (Let’s not beat around the bush here:  Christians did these same sort of terrible things hundreds of years ago as well.)  I am happy to see so many French Muslims decrying this and denouncing this action.

But I can’t explain such hatred, ignorance, and evil.  So, since I clearly love editorial cartoons, I’m going to post some of my favorites concerning this tragedy. 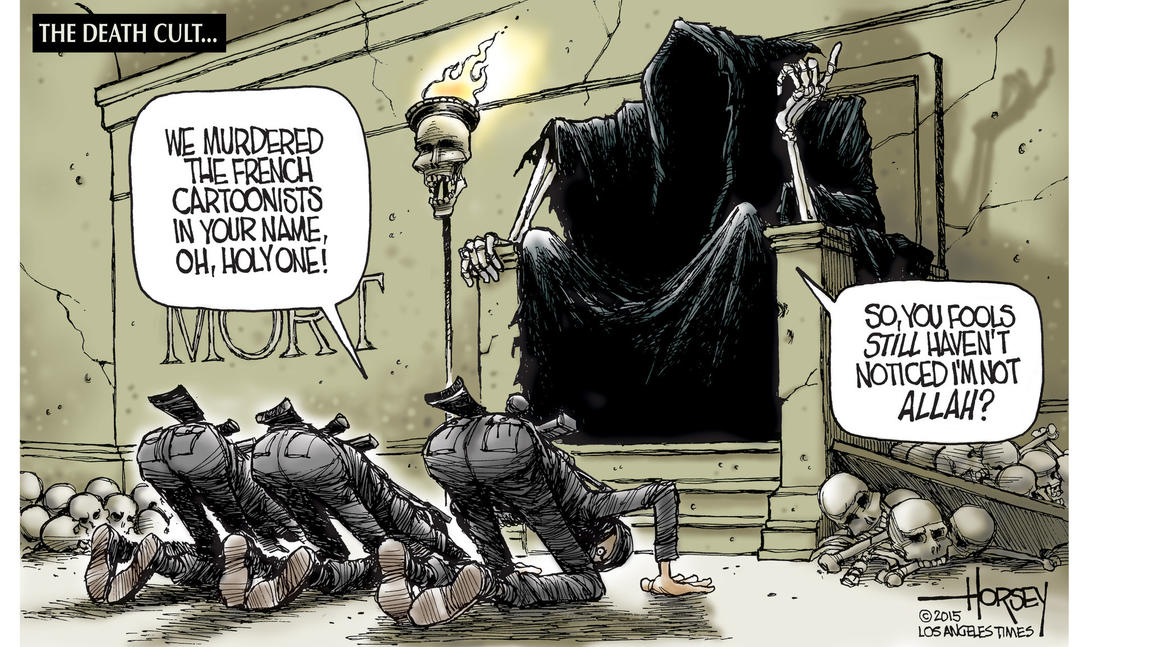 One thought on “The French Cartoonist Massacre”