Stop it, seriously. It doesn’t work, and you’re making yourself look foolish.

Using anecdotal evidence to support your argument is a popular but wrong way to win a debate. Examples would include: 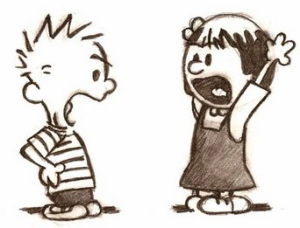 I know a guy who wasn’t wearing a seat belt in an accident and he came out better than if he had been wearing one, so therefore seat belts are bad.

It’s been the coldest month ever, so therefore there is no global warming.

I had a flu shot but still got the cold, so therefore vaccinations don’t work.

See where this leads? Is this the kind of argument you want to be making? Aren’t you smarter than that?

Nothing is 100%. Seat belts are good only 99% of the time. Vaccinations don’t stop diseases in every single instance. The vast majority of people on food stamps are not cheats and they really need them.

The next time you do this, I am going to point to you and say, “This person is an idiot based on the anecdotal evidence I am seeing in their most recent post.”

And hopefully, you’ll get the irony.

*  Note:  I mostly made this post so that I can link people to it whenever they try to make that sort of argument.  Feel free to do the same.

2 thoughts on “Stop using anecdotes to prove your argument!”