80% of the food you ate today was genetically modified.

This scares people who don’t understand what that means — they go screaming about “Frankenfoods,” much like Ogg the caveman in his widely-shared blog piece “Fire bad.” 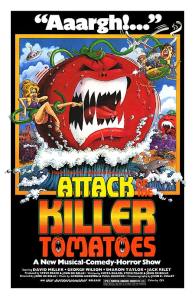 This doesn’t mean that all genetically modified products are good, though. When people talk about the dangers of Monsanto’s “Round-Up”, they’re correct. But what makes Round-Up bad isn’t the fact that it uses GMO technology — it’s the fact that the stuff is dangerous and possibly cancerous. The process by which it is made isn’t the bad thing.

So when people want to ban GMOs, I ask if they similarly want to ban chemical laboratories. After all, chemistry produces deadly poisons, too.

GMOs have produced great benefits to our society. Millions of lives have been saved by the development of plants that can grow better and feed more people. Norman Bourlag won a Nobel Peace Prize for his research into this, and said that GMO technology is merely a new way of doing what he had done traditionally — that if the technology was available when he did his research, he would have reached the same result quicker and cheaper. And his comments have come true — more discoveries are being made every day that help feed people.

The fact is that GMOs are safe. The vast majority of scientists say so. I’m not talking “four out of five dentist” numbers, I mean in the 90% range. Like the kind of numbers we see for scientists who say climate change is real.

And that’s what bugs me — many of the strongest advocates for banning GMOs are my fellow liberals. You know, the ones who complain when conservatives deny science and won’t accept evolution or global warming despite the overwhelming consensus of scientists. Then these same liberals ignore the scientists when they overwhelmingly say something that challenges their own biases. (Ironically, some of these same liberals also ignore science concerning vaccines, too.)

“OK, wise guy,” people say to me, usually accompanied by a sneer, “So why would you object to labeling GMO foods to let people make up their own minds about what is in it?”  The answer is because people don’t know. Seriously, I blogged a while ago about a study wherein 80% of the population wanted to label food containing DNA.  DNA!  DNA, that is in every damned thing we eat every day (except salt)!

Labeling GMOs says to people “This is dangerous. Clearly, or we wouldn’t be labeling it as such.” That is the exact wrong message to send. It’s not true.

And whether something has GMO technology is completely irrelevant to the product. We don’t label food that has been modified in other ways, because it doesn’t matter how it was modified. The process isn’t the problem.

Stopping dangerous foods and chemicals that can harm us is definitely something we should be doing. Labeling the process by which those things are made shows a great misunderstanding of science.

12 thoughts on “Genetically Modified Foods (GMOs) are not the problem”