There is indeed a lawyer/client privilege, but it doesn’t really apply when the lawyer is the one breaking the law.

Trump’s attorney was the subject of a search warrant last night, and Trump immediately called it a “Democratic witch hunt.”  Just to put things in perspective: 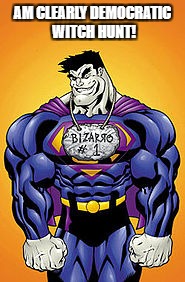 But let’s discuss that warrant. Searching a lawyer’s office is much harder than searching anywhere else because of the risks of breaking into that lawyer/client privilege. Therefore, in order to get that warrant, you have these requirements (according to the Washington Post):

So here we go. Pass the popcorn.