Let’s face it, a majority of Americans didn’t want Trump, don’t agree with the Republican platform, and hope that he’ll fail in his goals. More importantly, they don’t believe the lies coming out of the White House.

For the GOP to pretend otherwise is not surprising of course, since they are the party of “Alternative Facts” and fake news. 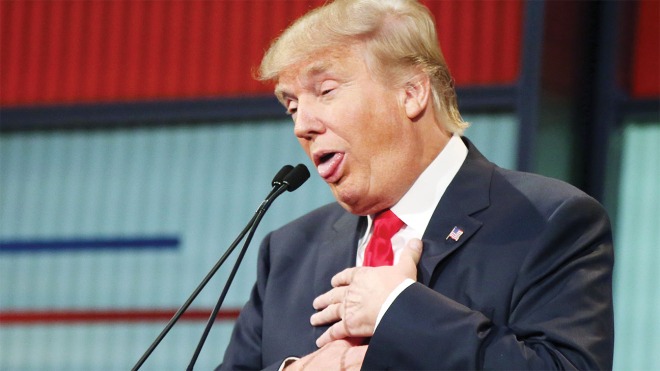 The newest PPP Poll shows this clearly.  In every single matter, Trump loses. Seriously, the public is not on his side about anything.

He starts off with the lowest approval rating of any newly elected President ever (since they started doing these polls). The majority of respondents think he’ll be a worse President than any we’ve had since Nixon.

Only 18% believe Trump when he falsely claimed that his inauguration crowds were bigger than the Women’s March a day later. 17% believed the fake news claim that George Soros paid these people to march. (Hey, I know a lot of marchers who would be upset to learn this, because they didn’t get a cent.)

59% want to see Trump’s tax returns, with 54% supporting a law requiring all candidates to release their returns. 61% want him to completely divest himself from all his business interests.

When it comes to whether they trust Trump, respondents chose the intelligence agencies, CNN and even The Today Show over our “President.”  Sean Spicer and Kellyanne Conway scored even lower, if you can believe that.

Vladimir Putin, by the way, has a 67% unpopularity rating with only 10% saying they have a favorable opinion of him. Russia itself has only a 13% approval rating. Just saying.

Only 34% want to see the wall built. Only 30% want to repeal Obamacare completely, with a plurality supporting it.

Of course, Republicans will once again attack the messenger and claim that the highly respected PPP poll is biased or something. This is to be expected. Ignore them as you do any other time.

One thought on “Poll Shows No Support for Trump”