You know what is the most depressing thing about politics today? It’s that facts don’t matter.
I spent my life and career learning how to debate using facts and logic as my weapons and none of that matters any more.

The President and his followers lie and state what they believe even when it is blatantly false, when it can be shown clearly and without a doubt to be false, and no one cares. They believe anyway.

The unemployment rate is 42%. The murder rate is higher than it’s been in 40 years. 3 million illegals voted in the election. People believe the shit coming out of Trump’s mouth! 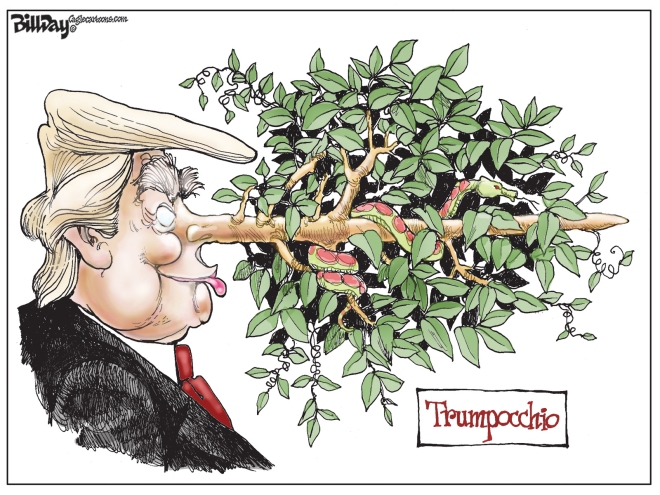 This is why we can’t win arguments with them, and why we have to learn a new way to win in politics.  Clearly, being honest and true doesn’t work any more.

This is also why I keep saying we need to stop being so damn nice. We have to stop being the smart kid who gets beaten up by the bully. Sure, we’re right, but we keep losing.

And the sad thing is that there are intelligent conservatives out there who know perfectly well this is all bullshit but they let Trump get away with it so they can accomplish their own personal goals of dismantling the EPA or destroying the public schools or getting rid of regulations on Wall Street. They’re not stupid like Trump and the rubes who believe his lies. They’re just plain evil for allowing it to happen.

Now, I’m not saying stoop to their level. Don’t be evil. Don’t lie. I’m saying hit them back hard, laugh at them (they hate that) and fight them every step of the way.

2 thoughts on “The post-factual world”