While I clearly am supportive of the Me Too movement, I am also a skeptic. We must listen to allegations from women, but that doesn’t mean we have to always believe them. 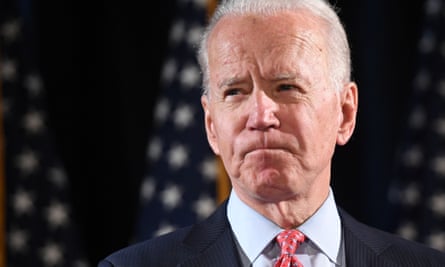 I’ve handled at least four cases I can think of off the top of my head where the woman made accusations — some tremendously more serious than this — and then later admitted she had lied. It does happen.

Read this article from a prosecutor who explains why he is skeptical as well.

And then read Biden’s comments this morning denying that anything happened.

Basically, if you read the article and imagine how a defense attorney would handle it in a trial, you’d probably not find him guilty. Then again, the standard of “beyond a reasonable doubt” doesn’t apply to politics. Image is more important than fact.

Mind you, we Democrats tend to be very harsh on our own when these accusations are believable (see what happened to Al Franken). And what bugs me the most about this whole thing is seeing Republicans try to make this into an issue, given their candidate brags about sexually assaulting women.

Another reason why Democrats should have nominated Warren.

So it looks like Joe Biden will be our nominee.  Meh.

As I said in a post just a few days ago, I rarely get my first choice when it comes to nominating candidates. And often, that means that the person I thought would have the best chance of winning doesn’t get it, and then we lose in November.

The majority tends to go for the safe and predictable. Often the bland. Poll the majority on their favorite restaurant and you’ll get Olive Garden. 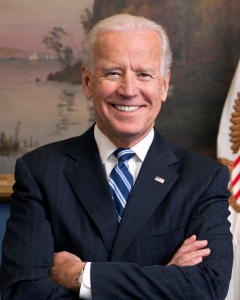 Ask them their favorite music and it’s Celine Dion or whatever is on some reality TV show about singers. Favorite books are the trashy ones. Favorite movies never win Oscars.  Favorite art is dogs playing poker.

Why we suddenly expect different results with politics is beyond me.

Anyway, I thought that Bernie and Biden were two of our weakest candidates this time around. Warren, Harris, Booker or Castro would better stir up the base and get people on our side.

But of the two, Bernie and Biden, I prefer Biden. Not because I agree with him more on the issues. Definitely not — Bernie’s message is what I’ve been fighting for my entire adult life. But Bernie the messenger? That’s a different issue. (Warren had pretty much the same message but she does not have the baggage Bernie would bring.)

There are moderates around the country who hate Trump but could never bring themselves to vote for a “socialist.” Some of that is seen in the primary results.

We can’t pretend that isn’t true just because we don’t want it to be. We need to sweep the smaller races too in places where that’s possible, and if you talk to any political expert in a purple state, that’s what they’ll tell you: Bernie being the candidate would hurt their chances. Could Bernie win the Presidency?  Sure, but it’s not just about that. We have to look at the big picture.

It’s just politics, people. I’m not thrilled with what we’re ending up with, but you don’t give up. You don’t whine about losing. You don’t attack the party because a majority of its members have a different view than you. Oh sure, you can debate whether it’s a good idea and you can discuss the ramifications of the decision — this is politics, after all, we’re going to disagree — but these are the cards we’ve been dealt and we have to keep playing with what we’ve got.

Do I wish the vote had gone another way? Of course. Like I do most of the time. But bitching and complaining that you didn’t get your way solves nothing.

Every once in a while, people with strong political biases will step back and question their own beliefs.  When that happens, it rightly makes the news.

The situation in Iraq has produced a few turnarounds, the most surprising of which is former shock radio host and current talk radio host Glenn Beck.  “[Liberals] said we couldn’t force freedom on people,” Beck said yesterday. “Let me lead with my mistakes. You were right. Liberals, you were right, we shouldn’t have.”

“In spite of the things I felt at the time when we went into war, liberals said, ‘We shouldn’t get involved, we shouldn’t nation-build and there was no indication the people of Iraq had the will to be free. I thought that was insulting at the time. Everybody wants to be free.”  However, he admitted, “You cannot force democracy on the Iraqis or anybody else.  It doesn’t work. They don’t understand it or even really want it.”

Pat Robertson said similar things as well.  “And so to sell the American people on weapons of mass destruction, he had WMD and was getting [concentrated uranium] yellowcake out of Africa and all of that, it was a lot of nonsense,” the preacher said. “We were sold a bill of goods, we should never have gone into that country!  As bad as Saddam Hussein was, he held those warring factions in check, and he contained those radical Islamists,” he continued. “It’s too late to fix it. It’s unfixable. Those simmering animosities have been there for centuries.”  (Of course Robertson thinks the solution is just around the corner, what with the coming Rapture and everything.)

All this makes Joe Biden look like he may know what he’s talking about with foreign policy.  While he did vote for going into Iraq, he states it was because of Bush’s lies about weapons of mass destruction.  But almost as soon as we were there, Biden suggested splitting the country into three factions.  “The idea, as in Bosnia, is to maintain a united Iraq by decentralizing it, giving each ethno-religious group — Kurd, Sunni Arab and Shiite Arab — room to run its own affairs, while leaving the central government in charge of common interests,” he wrote in a New York Times editorial in 2006.

“It is increasingly clear that President Bush does not have a strategy for victory in Iraq,” he said. “Rather, he hopes to prevent defeat and pass the problem along to his successor.”

Maybe we should be listening to Biden more often, hm?

Let’s just have some fun with a meaningless poll this far before any primary.

Not everyone is convinced Hillary Clinton or even Joe Biden will run in 2016.

Who do you think will run for the Democratic primary?

You can vote for up to four.